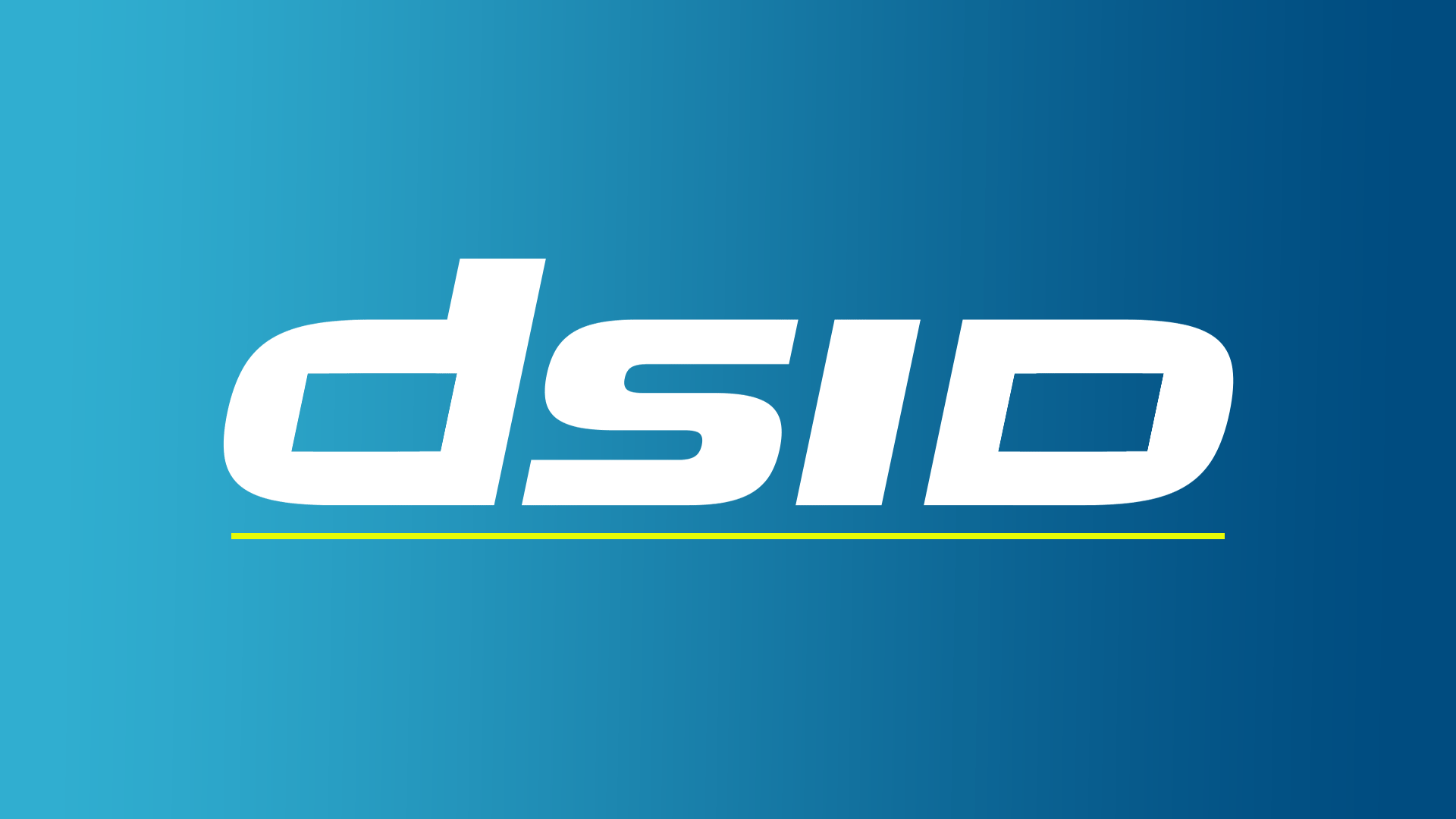 DSID has a new logo. While we know this doesn’t affect our customers much, we’re announcing it to avoid any confusion. And while we’re at it, why don’t we take a quick retrospective on the evolution of the DSID logo?

DSID’s first logo was very literal and colorful. Seeing that we are a digital signage provider, we thought it would make sense to try show what we do by including a TV screen. Unfortunately, we quickly learned it wasn’t quite conducive to use in things like letterheads, so a simplified version was developed.

The simplified, flat black and white versions of the DSID logo remained in use for over 11 years, all the way into late 2022.

In 2015, with ourselves firmly established in the dental and orthodontic fields as a complete digital signage solution, the color spectrum was ditched and a singular blue color began to emerge. Some subtle depth was also incorporated to bring a sense of drama to the design.

The use of blue continued to evolve into 2016 while retaining the 3D form.

As DSID continued to grow and expand into other fields of healthcare as a digital signage provider, color hexcode #30aed0 was finally settled on in 2017 and became internally known as “DSID Blue”.

A minimal approach took hold in 2018, and the flat white logo was used in conjunction with a a flat DSID Blue background for most applications. This logo version held steady for over 4 years, up until the redesign in late 2022.

In October, 2022, the DSID logo was reworked. The essence of the original logo was retained, with the lower case “d” at the beginning and upper case “D” at the end. The subtle allusion to TV screens was also kept within the D’s. An italic slant was favored in order to provide a sense of energy. A gradient coloring replaced the flat single tone, though DSID Blue remains as the origin color. The bright yellow was incorporated as a highlighter.

As DSID has become established as a reliable digital signage provider, operating for over a decade, and with the purchase of the dsid.com domain in 2019, the need to refer to ourselves as “Digital Sign ID” has become obsolete, thus it was not necessary to include in the logo anymore.

Thank you to all our customers who have supported us and given us the opportunity to serve as your digital signage and content development provider. No doubt, things will continue to evolve, and DSID will remain committed to improving and innovating.

DSID is a complete digital signage solution with a focus on healthcare specialties, designed for waiting rooms, treatment areas, and window displays.